6 Reasons Why Writers Should Collaborate 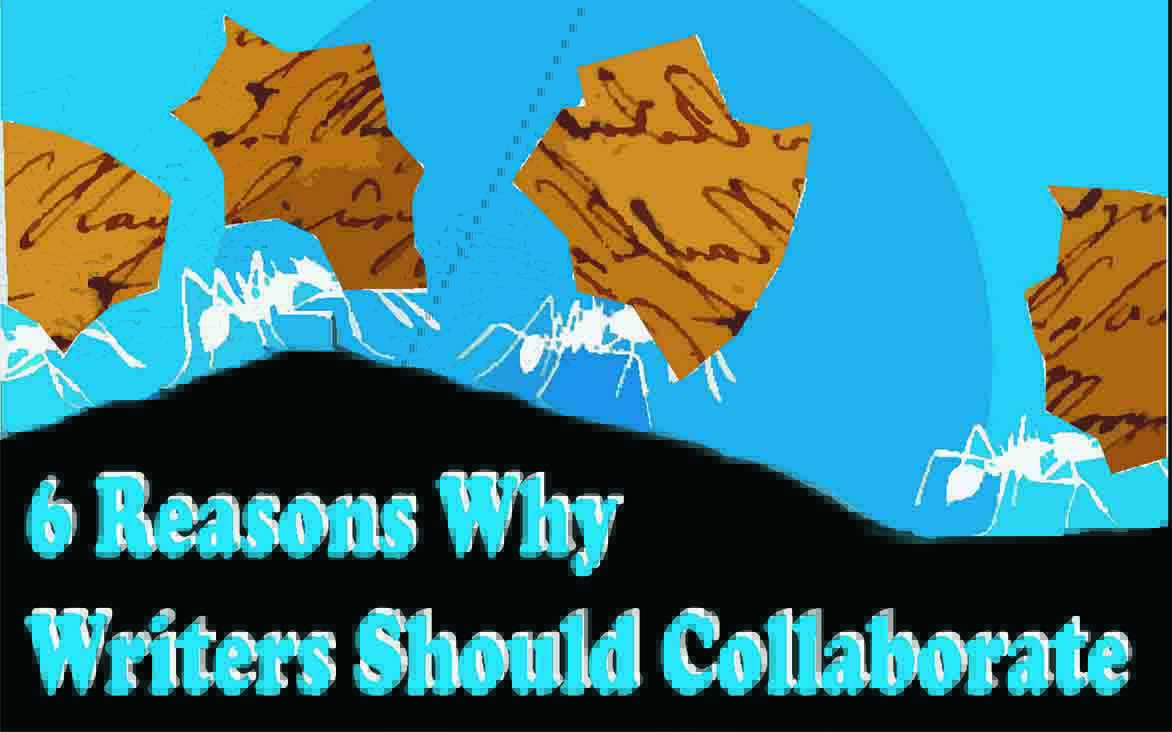 If acclaimed wildlife broadcaster David Attenborough were to describe a stereotypical author, his narration would go a little like this:

Here we see a writer. Often described as one of nature’s most solitary animals, this brooding creature likes to dwell in secluded hovels for weeks on end. It rarely takes time to eat or wash. Inside its nest of paper balls and empty alcohol bottles, it writes feverishly, all in preparation for publishing season when it will leave its nest in search of an agent.

Now, this image might be accurate for the Hemingways and Poes of this world but I’d wager that it doesn’t represent you. In reality, most of us are a lot more sociable and less messy than the writer stereotype. The rise of self-published authors has meant that people are having to be much more outgoing to get ahead, no longer able to rely on publicists, agents, and editors. The day of the hermit-writer has gone, my friends.

Nowadays, writers are having to use – wait for it – business skills (gasp!) to ensure their success. Sayings like ‘two heads are better than one’ and ‘many hands make light work’ are starting to be applied to projects that, at one point, would once have been created by one author. Alas, don’t be frightened, my fellow writers. It may seem like collaboration will ruin everything that is sacred about your work, but I assure you, it’s a blessing to struggling authors. Here are six reasons why:

Most authors have a band of loyal supporters consisting of friends, family, and genuine fans. I’m talking about the type of people who follow their every move and read everything they publish… including projects written with other writers. Authors who collaborate on projects get to pool their fans. This is beneficial to both parties, drawing support from more than one fan base which would raise the profiles of all writers involved. Plus, the action may lead to cross-sales. Somebody else’s fans may read your contribution and decide to check out the rest of your work. It’s an easy way to get new followers.

As much as we writers like to be thought of as artists *flicks scarf and straightens beret* the road to success is often littered with literary festivals and public speaking events. Networking is a key part of growth. If people have seen you or heard your name in lots of places, they will be more likely to buy your work, seeing you as an influential figure in the industry. Collaborating on a project is a great way to be recognised by other writers and their readers. The chances are, those people you thought were lucky, those individuals who were ‘at the right place at the right time,’ were probably just well-connected. And you could be, too.

In other industries, people get lots done because they have others relying on them and they’re afraid of being the weak link. As it’s often said, time is money. So why should writing be treat differently? Don’t give me that writer’s block spiel or excuses about how you can only write at certain times of the day! You’re not a werewolf, you’re an author. If you struggle with procrastination then working with someone else could be the silver bullet that kills your laziness.

Corporations like Google have their offices fitted with ping pong tables and skate ramps for a reason: they know that sociable workers are happier and more productive. It seems counterintuitive, but locking yourself away to write isn’t always a sure-fire way to succeed as an author. Passion can fade when you don’t share your excitement with someone. Collaborating can keep that passion alive! I realise that face-to-face interaction isn’t always practical, but the internet is a wonderful thing, joining people across the globe. I wrote a blog post called 6 Ways Writers Should Be Using Twitter that could help you massively if you want to get the best out of your relationships on Twitter. Trust me: being sociable on a shared project can be surprisingly productive. When one contributor lulls, others pick up the slack. Pretty soon, everyone’s throwing about ideas, experiencing progress, and – most of all – having fun. And wasn’t that the reason why you started writing in the first place?

The quality of your work should be paramount as a writer, but there is a need for quantity too if you want financial success. Not many writers become overnight phenomenons with one book. Most rely on a back catalogue to earn a living. Even in the digital age, your discoverability depends partly on the amount of titles attached to your name. Many authors give away thousands of free copies of one book to attract readers to the rest of their novels. The more books they’ve written, the more sales they get per reader. (By the way, if you want help with promoting a free giveaway effectively, you should read my post, Is Paid eBook Advertising Still Worth It?) Don’t worry, though, if you’re not able to churn out titles quickly alone. Collaboration could help there, too! Ask James Patterson. He’s currently the world’s most profitable author, banking $95,000,000 per annum thanks to his team of co-authors who will help him release 17 new novels this year! When everything is speeding up, you don’t want to get left behind.

In his book On Writing, Stephen King talks about how important it was to build a list of publishing credits to kick start his early career. If your goal is to take the traditional route of getting an agent and publisher then this is equally important today. Thankfully, you don’t have to wait for the approval of magazines to start building those credits. Instead, you can work with self-publishing authors and indie publishers, contributing to dozens of creative writing anthologies every year. The stigma of being self-published will be lessened if you have won a place to contribute to a collection compiled by someone else as there would have been some level of quality control. By collaborating, you have nothing to lose but everything to gain!

As you can see, there are tons of benefits available to writers who work together. It makes sense financially and psychologically. Now you could crawl away back to your writer lair. But, at least consider inviting others in every once in a while. Even werewolves need to hunt in packs sometimes.

I wouldn’t be endorsing collaborations if I wasn’t prepared to partake in it myself. My latest project, The Dead Files Vol. 5, is a collection of zombie stories in which I have contributed ‘Necroville’ – a dark comedy about a group of students who decide to join a zombie run, only to discover that it coincides with an actual zombie outbreak. The Dead Files Vol. 5 is published by Verse Publishing and is available now in paperback and on Kindle here:

Did you find this list helpful? Let me know by tweeting me at @dkparsonswriter. If you did enjoy this post then please share it on all social media platforms. In the future, I’ll be writing more on authors, publishing, and writing, as well as anything else relevant to readers and writers. Revisit my blog anytime. I hope to see you again.