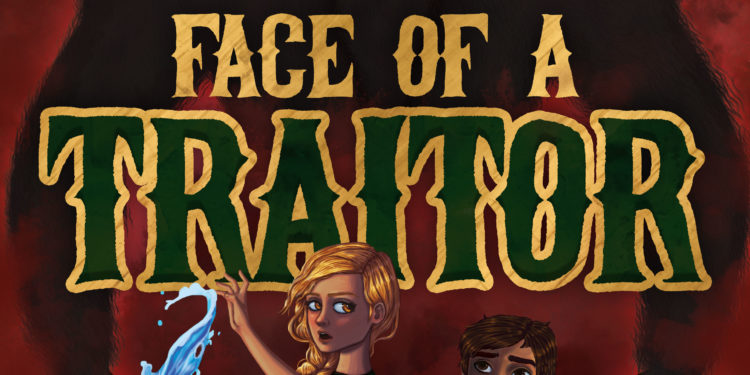 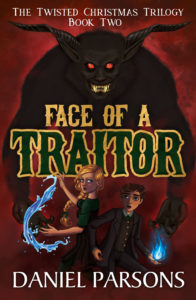 ONE BOY. TWO WORLDS. AN ANCIENT EVIL THAT WANTS THEM BOTH.

It’s been a year since thirteen-year-old Toby found his long-lost family. But already cracks are appearing in his dream life. Forbidden from seeing his magical friends at The Winter Freak Show, he begins to realise how much he misses adventure. So when he gets word that the elves are in danger, that’s all the excuse he needs to run away from home.

It isn’t long before he discovers that things are worse than he imagined. Nicko has been kidnapped. And without the ringmaster’s guidance, his elves have descended into chaos. A band of shapeshifting enemies lurk among their ranks. Monsters are on the loose. And the secretive mastermind behind it all is trying to resurrect the most frightening evil the elves have ever faced. Only Toby stands in their way.

If he fails, forget Christmas. This time, the human race will fall.

Face of a Traitor is the second book in Daniel Parsons’s spellbinding Twisted Christmas Trilogy. If you like vivid magic, fearsome creatures, and a race against time, you’ll love this thrilling fantasy adventure.

Pick up Face of a Traitor to discover this exciting series today!