How Will the Publishing World Look In 2016? 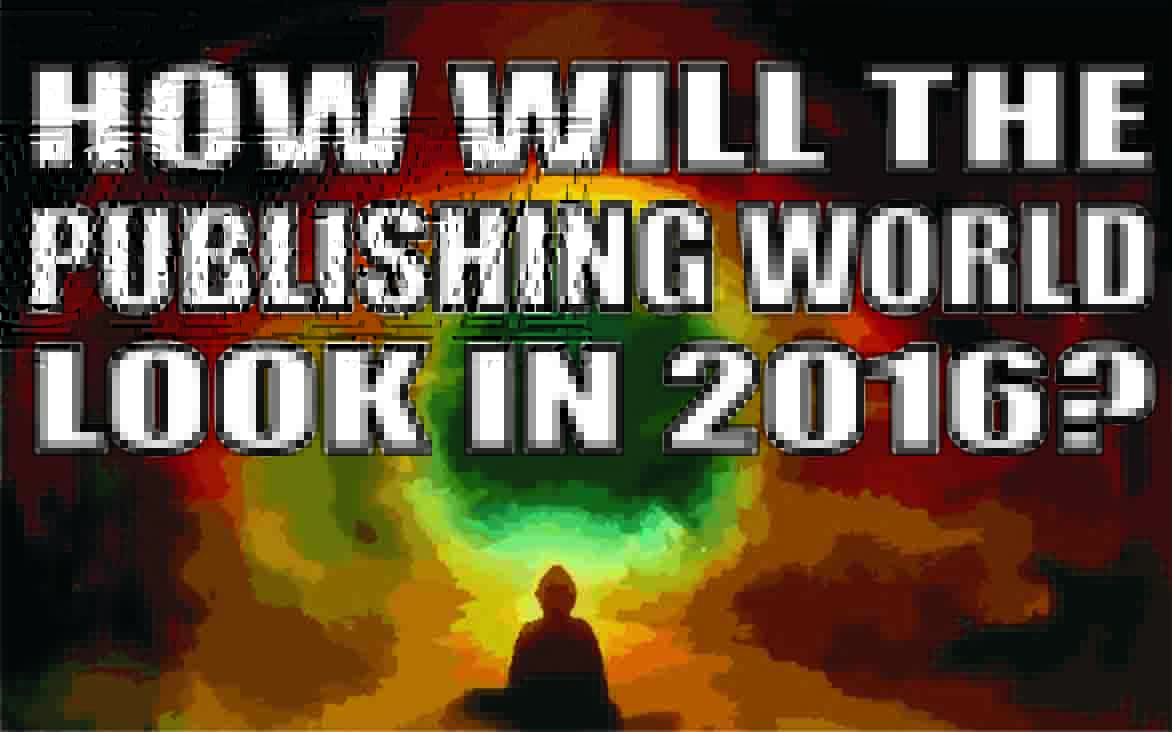 Right now, the publishing landscape is moving so fast that most authors and publishers struggle to keep up. Every week there seems to be a new distribution method, a new ereader platform, or a new way to promote books. Indie authors seem to be coping better than most, mainly due to their tenacious entrepreneurial spirit and ability to change their game plan in an instant.

For some, the ever-changing landscape is a cause for woes whereas others relish the variety of opportunities that have recently been presented to them. Whether you love change or hate it, one thing is certain: 2016 will bring more changes to the publishing landscape. Below, I’ve noted a few predictions of my own. It’ll be interesting to see how many of these visions become a reality.

Many modern authors have a problem with publishers, presenting them as controlling corporations who have a stranglehold over authors. While I prefer to work as an indie author, I have no such bugbear with publishers. They are beneficial in many cases, catapulting some authors to stratospheric fame that they would never reach on their own. Although, I do see the side of the anti-publisher crew, I don’t think the publishers are at fault. Their work is, for the most part, professional and effective. It’s their “take it or leave it” contracts that concern me.

As superstar indie author Hugh Howey once said in his book, For Writers, ‘Publishers aren’t the enemy; their contracts are.’

Traditional publishing contracts have always varied little from author to author even if a literary agent is involved. Publishers came out of deals often controlling every aspect of an author’s rights, maintaining copyrights for the author’s entire life plus 70 years, and often raking in a larger slice of royalties than the people who wrote the books in the first place.

Recent years have seen a shift in this this area. In the past, refusing the terms of an unbalanced contract would mean that you would never get published. But now you could simply publish your work yourself and take your chances without a publisher. The rise of self-publishing has given authors bargaining power. Indies have hit bestseller charts, gotten movie deals, and obtained shelf-space in Walmart. Meanwhile, publishers have missed any share of the profits they could have made if they had arranged more attractive partnerships with this successful writers.

Publishers have been forced to bend their previously unwavering contracts. Print-only deals, higher royalty rates, and segmented sales of rights for particular territories and merchandising have all arisen from this movement. As a result, authors have been free to pursue extra opportunities that would once have been locked away from them by their publishers.

I think this trend will become more commonplace in 2016. Publishers will find themselves meeting authors half way, giving up eBook rights or creating short-term contracts in which authors get their publishing rights back if their books go out of print. 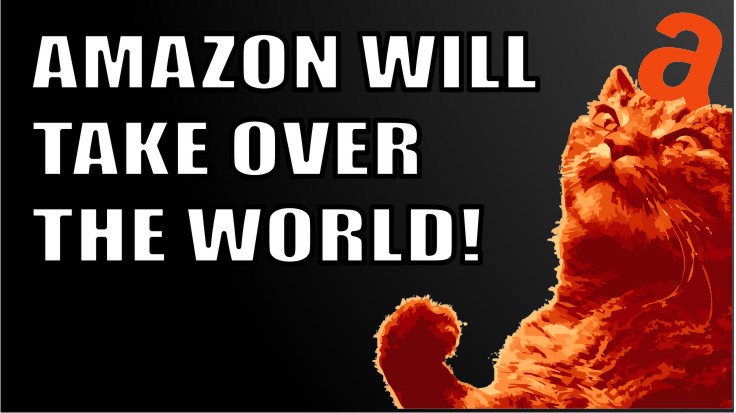 Amazon dominates the book market. Despite fierce competition from iBooks and Kobo, there is no denying that it’s still king. And I don’t think that’s about to change anytime soon, at least not in the US and UK. During 2015 Amazon made two newsworthy moves that I want to talk about before making my next prediction.

One was that they’ve introduced a delivery service in the US in which they harnessed drones to deliver packages within 30 minutes of making an order online. This is revolutionary as it means that they can beat any competitors when it comes to delivery times, disregarding courier working hours and road traffic conditions. There may be teething problems with this service but I have faith that Amazon will overcome them with a little tinkering.

The other newsworthy thing Amazon did was that they opened a physical bookstore in Seattle. At the time this seemed like a PR stunt, rubbing salt into the wounds of other bookstores after Amazon used their online business model to crush them, but in retrospect I think they have a greater plan behind this move. The Seattle bookstore won’t be Amazon’s last physical retailer.

Despite their domination, Amazon is still missing one large portion of their market: the elderly, many of whom don’t use computers. By introducing an Amazon bookstore onto every street, Amazon can reach that final slice of the market. Then they can compete with the likes of Barnes and Noble in the US and Waterstones in the UK by arming their shops with a service that their completion can never beat: their drone deliveries. Essentially, by using their stores as drone depos, Amazon bookstores will have an endless range of books. If a book isn’t in the shop, customers can order in store and simple return 30 minutes later to pick up their order. Plus, the move will help to extend their drone delivery infrastructure.

This would devastate physical bookstores but could actually benefit many indie authors. Those who struggled to get their books into physical bookstores would then have an outlet that could help them to reach readers who only shopped for books in physical stores. Whether or not this benefit translates across as I hope it would, mark my words: Amazon stores will be on the high street in 2016.

New Players in the Publishing World

Mark Zuckerberg launched his Year of Books online reading club in early 2015, sharing what he’s reading with the public. He does this sort of personal announcement every year. What is interesting is that they usually extend to Facebook’s business activities at some point in the future. Naturally, this has led many people to speculate that Facebook will soon be rolling out its own ereader platform – a move that would immediately shake up the competition, placing it up against Kindle, Kobo, iBooks, and Nook.

I personally think this will happen. People tend to buy books on Amazon but it’s been widely publicised that one of the best ways for indie authors to sell their books right now is to use Facebook advertising. It would make sense for Facebook to move into this territory as they could add to the bomb they’re already making in advertising by directing readers to their own Facebook eBook store. Their global penetration would mean that it would be easy to integrate their ereader brand worldwide, immediately causing problems for iBooks and Kobo who up until now have used their reach outside of the US and UK to cause a stir in foreign eBook territories, away from Amazon. If Facebook decided to go ahead with this one, the face of books (see what I did there) will change completely.

Indie authors all over the world have been getting their books translated into multiple languages in response to emerging eBook markets in non-English speaking countries. It has been a troublesome process to say the least. Some authors have reported sinking tens of thousands of dollars into creating accurate translations only to end up with low quality translations or disappointing returns. Previously, publishing companies used to manage this process, outsourcing publishing rights foreign contacts to ensure that the translation job was done well on a country-by-country basis. Now, however, indie authors are finding out that this is not so easily done alone.

I think that this problem will be rectified in 2016. Professional translators will unite to form companies that have the sole purpose of taking indie books and translating them into a selection of languages that their customer chooses. Branded translation service providers will establish themselves as powerhouses in this field. They will create go-to services with recognisable names and will be easy to find when indie authors want to take their work to the next level in non-English speaking markets. Getting books translated will no longer be expensive and unreliable. It will become an affordable, commonplace practice, just like editing.

My final prediction is that books that don’t include ISBNs (codes that help publishers and bookstores track book sales) will soon be counted in official author earnings’ reports. As self-publishing has grown, official reports have declared that author earnings have dropped year on year. However, many indie authors believe that this latter statement simply isn’t true.

Lots of self-published authors are making a comfortable income from their book sales but aren’t counted accurately in the reports as some of their books don’t have ISBNs. Because they are not included, the profits that indie authors have taken away from traditionally published authors make it seem as though all authors are earning less money each year when in fact some of the money has just moved to what has been coined a “shadow industry”.

My guess is that this confusion will be cleared up in 2016 and that the official author earnings’ reports will count indie books without ISBNs when calculating the average author income. I’m not sure how this shift in attitude towards indie books – and the clarity of indie author incomes – will affect the publishing industry in general, but it will certainly make being an author seem like a far more attractive career choice to those entering the business.

TagsblogHow Will the Publishing World Look In 2016?
Share:
Previous Article

How I Got Thousands of Readers on ...