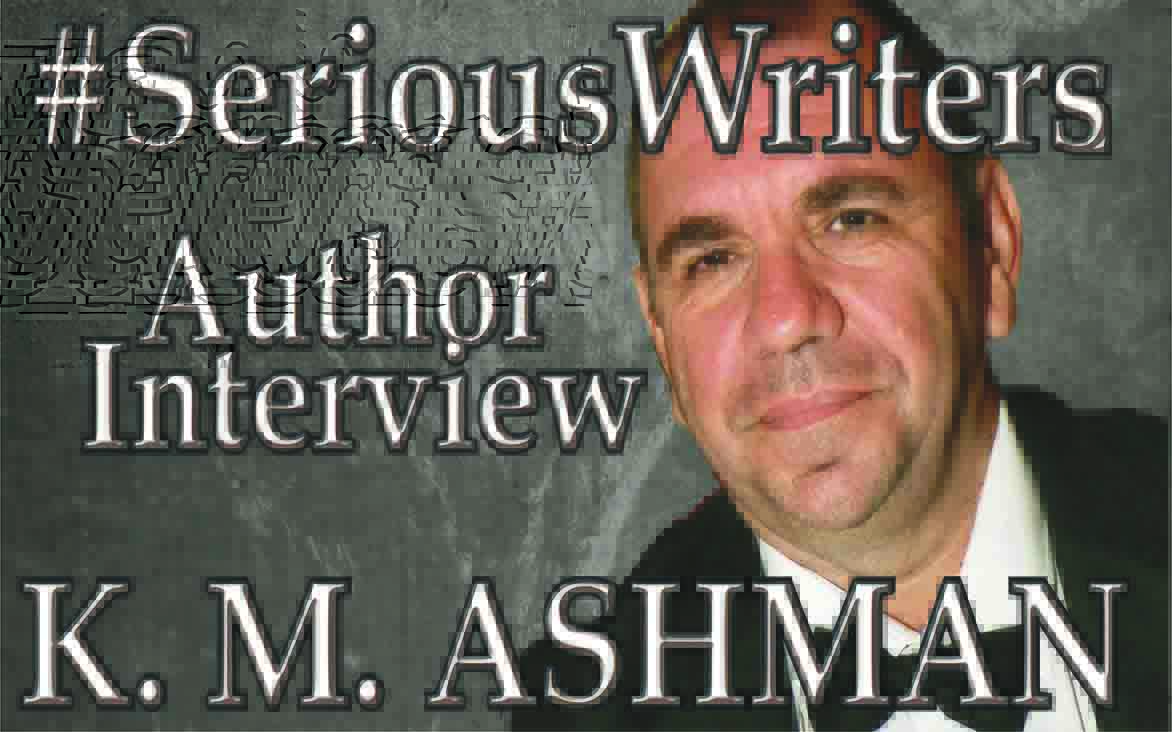 My #SeriousWriters blog interview series, which discusses the lifestyles, advice, and opinions of people who are serious about writing, is here for a fourth instalment! This time, I invited three-time, number one bestselling Amazon author K. M. Ashman for an interview. We talked about his writing process and exactly how he grew from his regular Kindle author status to gain almost 250,000 downloads and become a coveted Amazon all-star.

This is how it all went down:

Dan: Hi, Kevin. Could you start by introducing yourself and telling us a bit about your work?

Kevin: I write under the name K.M.Ashman and have been writing since July 2011. In the main I write historical fiction but as the research process can be so intense, I sometimes write in other genres as a ‘palate cleanser.’ So far I have 15 full-sized novels on sale, two finished novels that are with Thomas and Mercer being edited as we speak and another two half done on my PC. I also enjoy writing short stories and some poetry which can be found on my blog. My proudest moment is probably when an American lady wrote to me and asked if she could embroider my poem ‘The price of Freedom’ on two blankets she was sending to her marine corps sons in Afghanistan.

Dan: What led you to begin a career in the book world?

Kevin: I have always wanted to write but was too busy earning a living. When I finally found some spare time in the evenings I decided to give it a go and wrote the sort of book I wanted to read. As soon as I started I was hooked and found myself immersed in my own worlds, fighting the battles and suffering the hardships. After that, I was hooked.

Kevin: Two books haven’t been released yet but I get the point. In the beginning I used to write 1000 words a day. Often I wrote more but that was the target. 1000 words a day is easily achieved and if you total it up, that’s approximately 4 full-size novels at 90,000 words each in just one year. Now I aim for 2,500 words a day as I have more time. I write for about six hours a day including research but that is spread out as I do my best work in the evenings.

Dan: When it comes to writing a series, do you plan the whole plot in advance or dive right in and come up with an ending later?

Kevin: Up until now, I rarely knew I was writing a series until halfway through the first book. However, as the story progresses and the research uncovers more interesting facts, I start thinking about the possibilities of follow on novels. With my latest series, The blood of Kings, I found a fantastic storyline and when Amazon asked to see the synopsis, they asked if there was a possibility of a sequel. I did some more research and found there was more than enough information for three or more books. Subsequently we signed a deal for a trilogy.

Dan: Some would say you’re a pro at publishing on Kindle. Are there any handbooks or blogs you use and would recommend for people to use as a reference if they want to do it right?

Kevin: I don’t use handbooks and, to be honest, I spend very little time looking at other people’s blogs, especially writers. I am too busy getting black on white. However, in the beginning I followed Konrath’s ‘newbie guide to publishing’ as well as ‘the Passive voice’ to keep abreast of the industry.

Dan: Lots of writers end up creating many editions of their books because they find faults after publication. When do you decide that a book is ready for the public?

Kevin: In the beginning my work was quite poor but I learned very quickly. Now it goes through at least six proof readers, and three external edits before I publish. Even then some mistakes get through but as long as the storyline is engaging, the public can be very forgiving and the beauty of Kindle is you can correct the mistakes within 12 hours.

Dan: How did you get early reviews and how important were they to your success on Amazon?

Kevin: I did nothing special to get reviews but if I knew a person on social media had bought a copy I would ask them for an HONEST review, whether good or bad. Most people will happily do so if asked nicely. Reviews are important but now I rarely look at them as there are so many. In the beginning, if I had a bad review (and I have had many) I would be devastated but as my work improved, the star ratings went up and now if someone gives me a bad review, it still hurts but I just get on with it.

Kevin: The only one I found of any use is Book Bub. I gave away 64,000 copies of The Dead Virgins in September, (and received quite a lot of criticism off fellow authors for doing so) but in December, the sales of the next three books in the series sales soared to beyond my wildest dreams. I have found the best form of marketing is to write as many books as possible and link them together. (Obviously it helps if you have a good story as well.)

Dan: Congratulations on signing your deal with Amazon in January! How does something like that happen? Talk us through the process from KDP author to Amazon all-star.

Kevin: I had already given up work to write full time and had been invited to a luncheon by ACX in October. While there, an Amazon executive travelled across London to speak to me and asked if I had any new projects on the go. I showed them an idea and they asked if they could see a synopsis. Within a few weeks I had an offer on the table and though I do very well with KDP, the chance to work with Amazon publishing was too good to miss. Interestingly enough, at that luncheon I gave a copy of Medieval to an agent who was present. I’m sure he just took it out of politeness but a few weeks later, he rang me and said he wanted to represent me going forward. I was not keen at first but we negotiated a contract which I was happy with and I am now represented by Watson and Little of London.

Dan: Do you have any big news or new projects you want to share with us?

Kevin: I was a little excited recently when an American film scout contacted me directly but unfortunately I haven’t heard anything more. (At least not yet.) However, I am about to release my new series with Thomas and Mercer on October the first this year. The Blood of kings is a wide sweeping historical adventure, based on fact just around the time of the Norman invasion. The storyline is astonishing and I really don’t know how it hasn’t been done before.

To answer your other question, yes I do have some big news I would love to share with you but I am contractually obliged to keep it confidential at the moment. It is SO frustrating but will be made public soon enough.

K. M. Ashman is the prolific author of 15 books. He writes wildly successful historical fiction like the Medieval and Roman series as well as mystery and horror novels. His books have reached number one in the Amazon charts three times and have had almost 250,000 downloads. To check out the Medieval series (book one pictured below) and all of his other books, or for more information on K. M. Ashman, follow the links below. 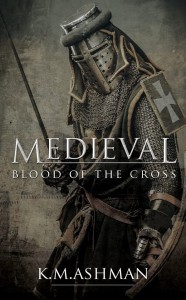 6 Reasons Why Writers Should Collaborate

6 Reasons Why Bad Reviews Are Good ...